This blog is a repost of

Harry's original FinnLabor site published by Daniel ben Avram in case it ever expires as a tribute to one of my favorite Finnish-American storytellers. I'll miss you, friend! RIP 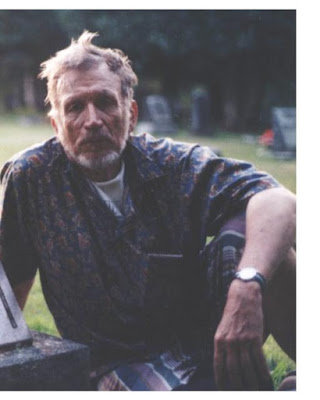 Harry Siitonen was a Michigan State University journalism graduate. He was a retired newspaper printer and long-term writer for Finnish-American periodicals. A union activist, with a strong interest in the Finnish-American labor movement, he has lectured at FinnFests on the subject. Harry was also an actor and a member of SAG (that’s his iActor headshot, above), and translates Finnish plays into English. A secular humanist, he has addressed meetings of the Finnish Union of Freethinkers on the religious right in U.S. politics.

Harry Antero Siitonen, of Berkeley Kaleva Lodge #21, passed away on May 7, 2017, in El Cerrito, Calif. He had been in declining health for some time.

The beloved poet, translator, actor, historian, secular humanist, peace and human rights activist, freethinker, atheist, vegetarian, teetotaler, democratic socialist, and union activist with a strong interest in the Finnish-American labor movement, has moved on.
Harry was born in Worcester, MA on March 18, 1926, to Finnish immigrants, Antti and Hanna Siitonen, nee Saikkonen, from Karelia, then the eastern part of the Grand Duchy of Finland in the Russian Empire. They arrived in the US in 1915.

Harry grew up in a vibrant Finnish immigrant community near Fitchburg, the great Finnish Mecca once referred to as the Helsinki of the American Finntowns.

Harry did well in school and became editor of Trade Winds, the Worcester Trade School student magazine. Besides printing it was at Trade that he first started writing and editing. He regularly hung out at the Raivaaja newspaper. He was encouraged to choose a printing career by the editor Oskari Tokoi, the first Finnish democratic prime minister, in exile in the US.

After graduating, Harry enlisted in the Navy. On July 21st, 1945, USS Little Rock set out of Newport, RI, with destination Guantanamo Bay.

On August 6, 1945 a message was received through the radio about a strange bomb no one had ever heard of, dropped on Hiroshima. Nagasaki followed after 3 days, and on August 15th, WWII was over. After a 5 month cruise on USS Little Rock around South America, he returned to Fitchburg and, thanks to the GI bill, enrolled in the State Teachers College. However, half way through college, he felt restless and decided that teaching was not the right thing. He was accepted at Michigan State College.

During his college years he became involved in campus politics, even joining the Communist Party. He graduated with a degree in journalism. After a stint in Chicago, Harry continued to Los Angeles in 1954 following the legendary Route 66. He got a job as phone book proofreader for the Times-Mirror Press, and joined the International Typographical Union and the local Socialist Party Chapter.

The Democratic Convention in 1960, where JFK received the Presidential nomination concluded Harry’s political life in Los Angeles. Shortly afterwards, he quit his job, loaded his Plymouth and left to seek his fortune in San Francisco, leaving family and good comrades and friends behind.

On his first day in San Francisco, Harry was hired by the San Francisco Chronicle as a proofreader, starting the same evening. Soon he moved to Berkeley and continued his political and union activities. Harry took up endurance sports, running 26 marathons, and participated in many national and international Masters Championships. He was employed at the Chronicle until his retirement at age 60.

In 1979 he joined Berkeley Kaleva Lodge and helped revive cultural activities at the Hall including directing plays with the Kalevala theme. 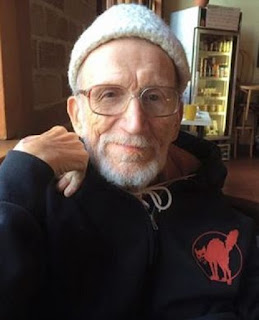 After his retirement, Harry started taking classes in acting. He was occasionally hired as an extra in Hollywood films shooting in the Bay Area, and joined the Screen Actor’s Guild (the body that votes for the Oscars).

He was a sought-after lecturer on Finnish-American labor history at many FinnFests, and for many years, was the sports reporter for the Finnish American Reporter. He participated in events at the Finnish Hall and wrote regularly the Antinpojan blogi in Finnish Hall 21 newsletter about past events in the Berkeley Finnish community. Harry started writing his memoirs in 2002 and posted them online at www.finnlabor.net. He posted his 38th and last installment just a few months ago.

He is sorely missed by the Finnish Hall members and a large circle of friends. A memorial is being planned, likely in July at the Strawberry Lodge in Berkeley where he resided for many decades.